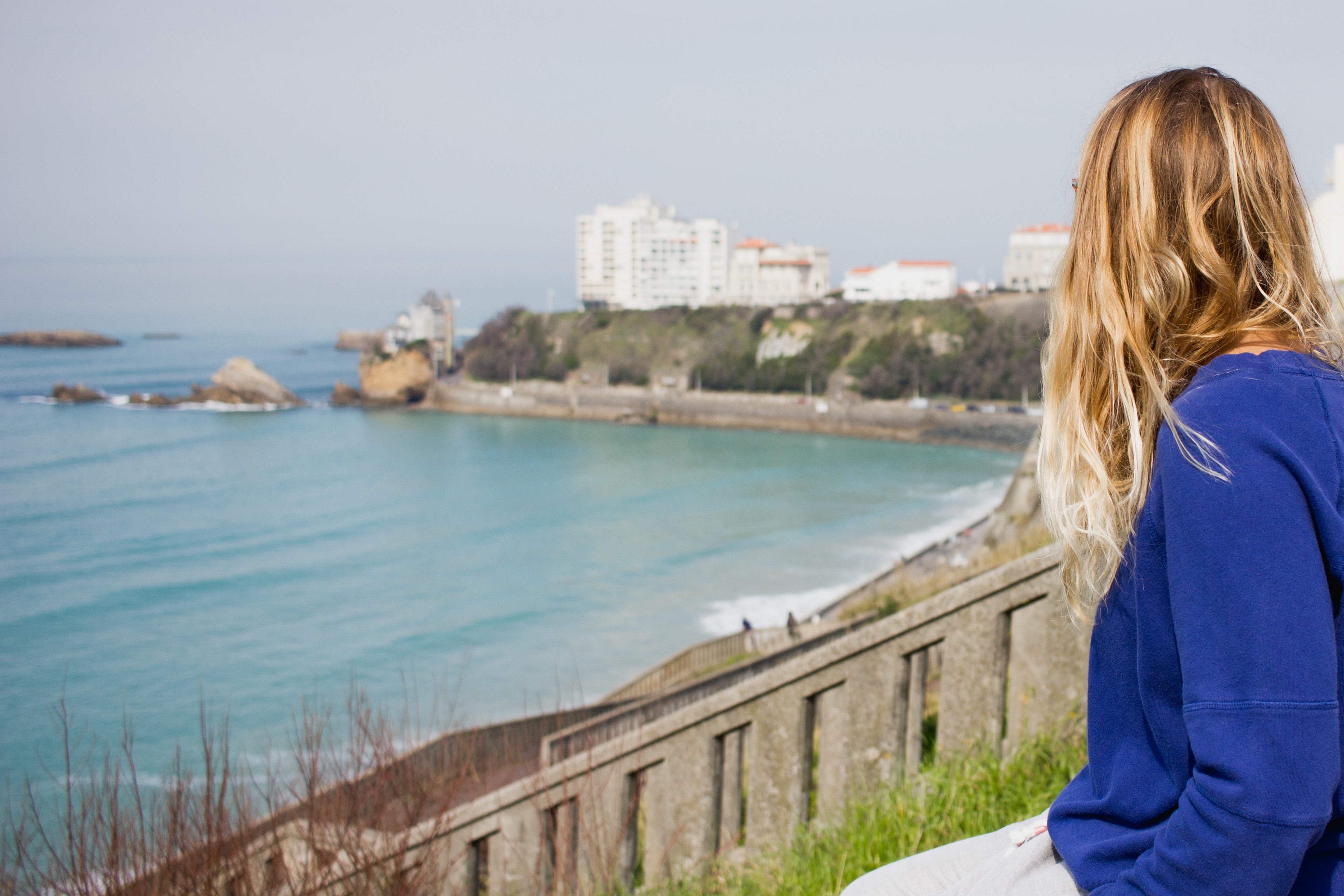 For many of you, reading and understanding weather forecast and surfing forecast websites means headache, yet it is so practical ! Here are a few explanations to help you interpret better the surfing conditions to spot the good waves.

The wind is the most important element when you look at surfing conditions, it is what build the swell in the ocean and create waves. The stronger the wind is, the more impact it has on the water surface, depending on its direction you can have really great waves or no surfable waves at all.

Off-shore wind : The Holy Grail of surfers, off-shore wind is blowing from the land to the ocean (off the shore) and will form beautiful waves, when it is strong enough it can create barrels on some surf spots. The only disadvantage of strong off-shore wind is that it will slow you down when paddling and make it harder to catch waves, it also usually blinds you with water, but it is a small price to pay to have good waves.

On-shore wind : When the wind comes from the ocean to the land (on the shore) waves quality is degraded, the water surface is slapping, the ocean is often agitated and waves are not good. But when the on-shore wind is really weak you can still find pretty waves. In case of a storm hitting the coast or really strong wind the ocean can stay pretty messy even a few days after the storm, only a strong off-shore wind can clean it up faster.

On the west coast of France, when temperatures gets higher in spring and summer, we have anticyclonic conditions that make the wind turn, usually around noon or early after-noon, and the quality of the line-up can degrade really fast even with good initial conditions, so you’d rather surf in the morning most of the time. Sometimes the wind drops in the evening and a few lucky surfers get to enjoy a “hold-up” session with great waves and no one out there!

The swell is a water flow in the ocean formed by the wind, it can be more or less big and more or less long depending on the force of the wind, the length of the gust of wind and its surface area. The swell will then be carried through the ocean until it hits a coast, the ocean floor or a strong head wind.

However, you must not confuse the swell with the size of the waves. The swell is measured by a buoy faraway from the coast and several factors take part between the buoy measure and the waves that break on the beach, including the swell orientation, the wind, the period and the tide. Some surf spots catch the swell better than others, or saturate when the waves reach a certain size, so you have to gather all those informations to know the best conditions specific to the place where you want to surf. Moreover, when a reef break won’t change, a beach break can be affected by the swell and storms, you can have a beautiful wave one year that will not work as well the year after because winter storms would have modified the sandbar.

The swell orientation and the spot configuration play a big role in the consistency of the waves hitting the coast, if the swell comes sideways or is blocked by a dyke or rocks, the waves won’t break correctly or loose size. It is what usually happens on fallback spots, those surf spots don’t catch the swell most of the time and start to work when the swell is really solid, it allows you to surf little waves when most spots are saturating or when the waves are huge elsewhere. 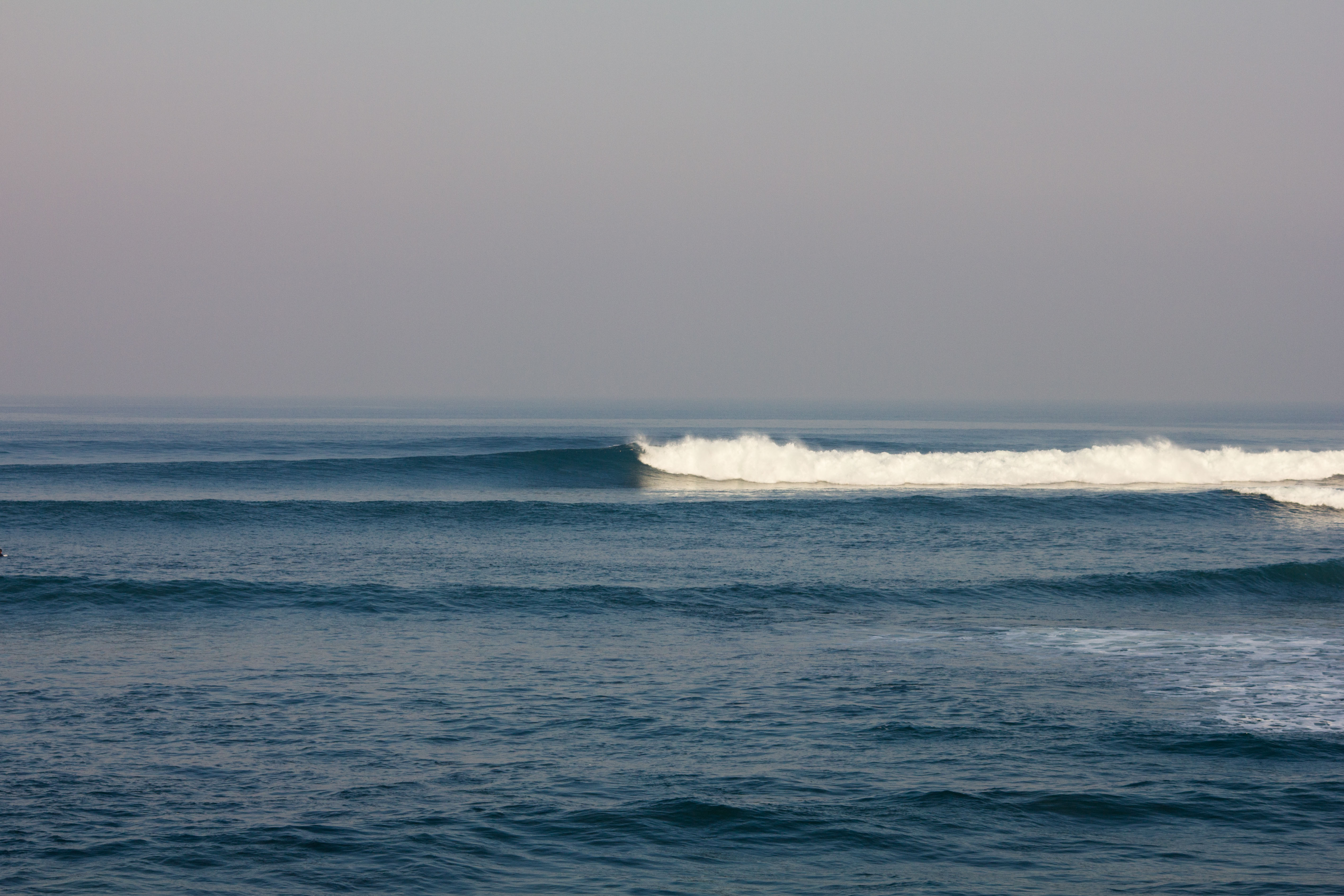 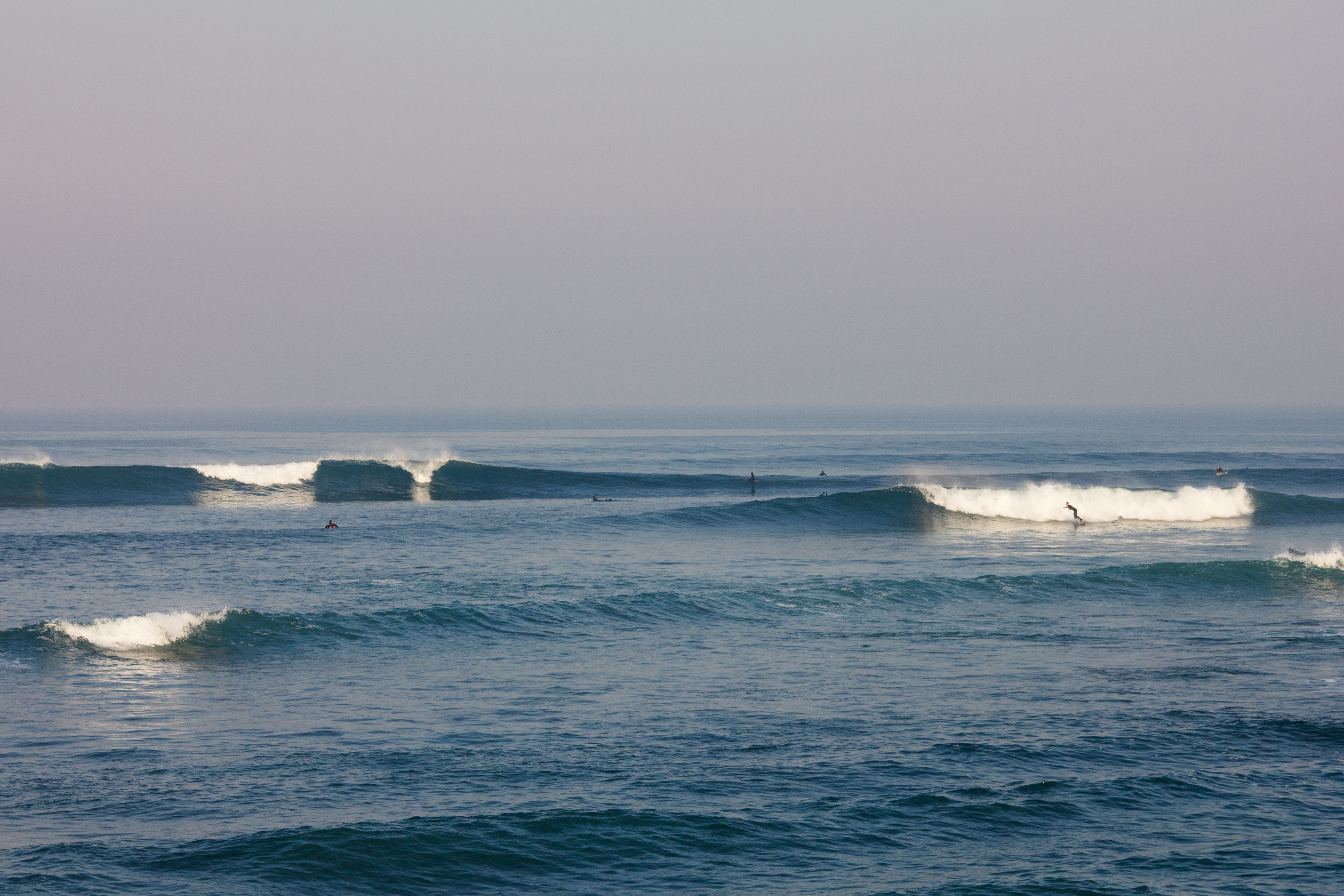 The swell period, also measured by a buoy in the ocean, is the time passed between each waves in seconds, the shorter the period is the closer and messier the waves will be, and vice versa, the bigger the period the greater the waves. When the period is short (under 8) the quality and the size of the waves are often diminished, on the contrary a long period (over 15) coupled with an off-shore wind can considerably increase the size of the waves, so for example in that case a 60cm swell can produce 1m20 waves or even bigger. Generally a good swell period is around 11.

The tide is a well-known phenomenon but its impact on surfing conditions is often underestimated. When the tide is moving the tide pool fills up and clears out, covering or uncovering rocks and sandbanks. Depending on the coastline configuration some surf spots will work better at high tide, low tide or mid tide, when others will work all the time but will produce different size and type of waves depending on the tide.

Also, watch out for the current near tidal pools when they fill up and clear out! 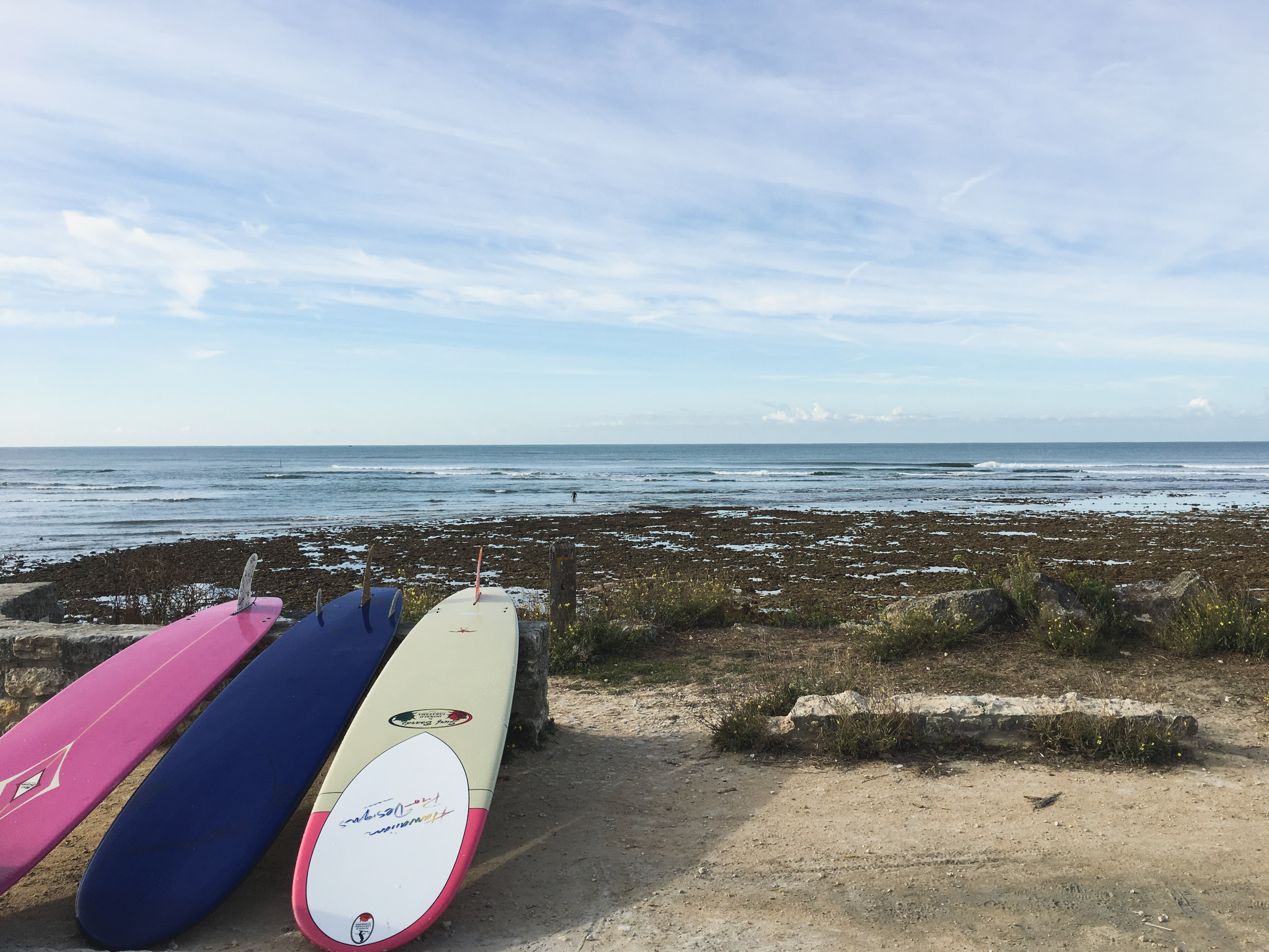 To summarize, the first thing to do is to get some informations about the surf spots of your region to know which ones are compatible with your level and what are the best conditions to have good waves there. You can find all those precious informations on the Internet, from surf schools, local surfers or local surf shops. Once you memorized all those parameters, you just have to visit surfing forecast websites (see the list below) and check those points :

Feel free to check several websites and compare informations and forecasts, with some practice you should be able to anticipate a good day of surfing, estimate the best moment to go surf at your favorite spot, or the opposite, to know which spot will work best depending on the conditions! Practical, isn’t it?

Learning how to analyze weather and surfing forecasts and knowing all the specificities of your favorite surf spots is one of the things that take the most time to learn in surfing (with waves reading when in the water). Don’t hesitate to exercise yourself, for example by doing reverse analyzing when you’re at the beach, look at the size and quality of the waves, then check the conditions to recognize the different factors that contributed to create those waves.

To help you there are also webcams! Off course, there isn’t a webcam on every spot but it can give you a good idea of the ocean mood (and stop you from packing everything and going to the beach for nothing, #lazy), however most of the time surf spots with a webcam are more crowded and when you see good waves on the screen there are already a lot of people in the water or on their way… Also, sometimes you don’t see very well on the screen and you can miss a good session because you looked just when there was no wave, so it is always better to check the forecast and go see the ocean by yourself, at worst you’re up for a quick walk on the beach, it’s always nice (yes, even at 6 in the morning!) 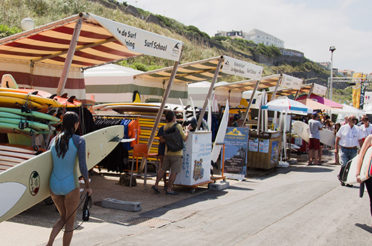 Sunny days are back and you are dreaming about surfing and riding the waves all... Read More 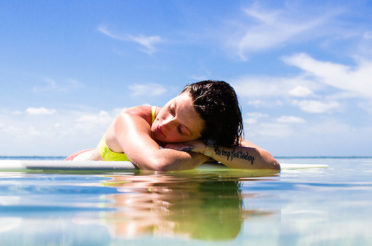 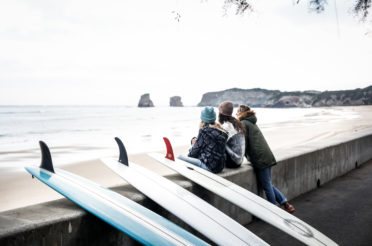 When you're a passionate surfer but don't have the chance to live by the ocean... Read More 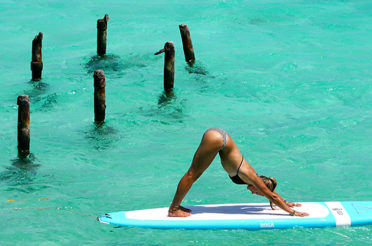 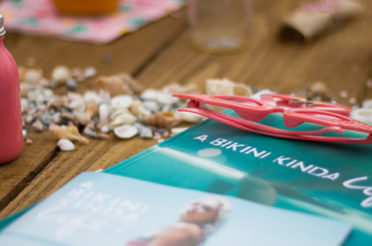 I was lucky enough to be invited with a bunch of girls to a Surf... Read More 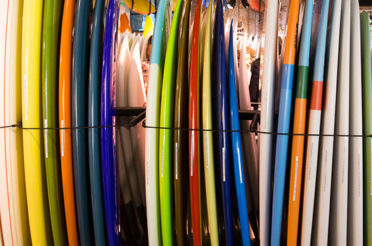 People often talk about surf in general but the truth is there are different types... Read More

Between Surf Madame and California it's a true love story. Here are a few memories... Read More 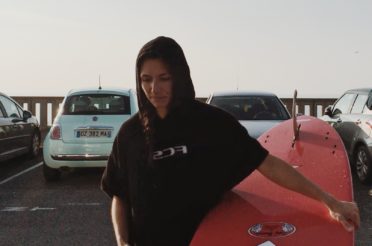 In Winter surf sessions are a real mental challenge. BUT, there is one accessory that... Read More